For the first time in law, the 2006 UK Companies Act sets out what a company directors duties are 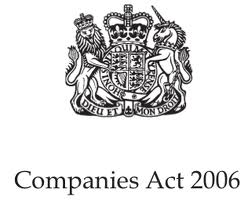 The 2006 Companies Act, which set out to streamline and simplify UK Company law, ended up being one of the largest pieces of legislation ever written!

However, it did, for the first time, specify exactly what a Company Director’s duties are (which apply equally to both Executive and Non-Executive Directors), as follows:

To take them one by one – To act within powers – how does a director know what powers he or she is required to act within?

A good place to start is the Articles of Association (previously known as the Memorandum and Articles or ‘Mem and Arts’) – when was the last time you looked at these? When did your board last review them to make sure that they are still appropriate? These, together with any shareholder agreements, contracts, covenants and other items form the company’s constitutional documents which define your powers as a director.

If you haven’t looked at these for a while, or worse still, have never looked at them, then ask your Company Secretary for copies as soon as possible.

Next – To promote the success of the company – prior to the 2006 Act it used to be the case that company directors were responsible to shareholders and providing they endeavoured to ensure a decent return on the shareholders investment then they were complying with their duties.

Following the ‘unacceptable face of capitalism’ scandals of Lonrho and Slater Walker in the 1970s and the corporate failures of the ’80s leading to the Cadbury Report and the UK Corporate Governance Code it became clear that company directors had much wider duties which are now enshrined in the 2006 Companies Act, especially in respect of promoting the success of the company.

To promote the success of the company – having regard (amongst other matters) to:

Clearly, the new act, which applies equally to Executive and Non-Executive company directors in the UK, establishes a legal duty for directors to avoid short-termism in their strategic decision making and take into account the legitimate interests of their staff, suppliers, customers, the community and the environment as well as their shareholders.

With regard to the need To exercise independent judgement – it is important that, regardless of job title or board role or independence, all directors come to the boardroom table as equals, with joint and several liability for the decisions that they make and that they are not unduly swayed or influenced in making those decisions.

All directors are expected To exercise reasonable care, skill and diligence – which means that they should devote sufficient time to their role (which limits the number of directorships any individual may hold) and come to every board meeting well prepared, having read all the board papers and where possible, having had off-line conversations with fellow directors about key strategic matters.

Turning up to board meetings late and trying to read the papers during the meeting for the first time is unlikely to lead to an effective contribution to decision making or a satisfactory discharge of your duties as a company director.

A well run board will have a Register of Interests, which will be reviewed annually, containing a list of all directors’ outside interests. The standing agenda for each board meeting should include an item for Declarations of Interests, at which point directors should declare if they have an interest in an agenda item. Often, if this is the case, the director will formally leave the meeting whilst the matter is being discussed and will only re-join once a decision has been made.

All directors should be aware of the requirement Not to accept benefits from third parties – compliance with this aspect of the act can be demonstrated by maintaining a Gifts and Hospitality register and ensuring that there is a company-wide policy on entertainment paid for by third parties.

Finally, directors need to comply with the requirement To declare interest in proposed transaction or arrangement with the company – most commonly this covers property transactions or contracts with businesses that a director has an interest in. The sphere of interests that need to be declared also usually includes the director’s spouse, children and immediate family.

This site uses Akismet to reduce spam. Learn how your comment data is processed.